transportation by Peru is one of the big problems. Slowly changing parking lots, a chaotic public transport system and the disorderly growth of major roads make getting around big cities a real ordeal. In addition to this, according to data from the World Health Organization (WHO) in 2021, Lima had levels of Air pollution up to seven times higher than what is established, the main source being car traffic.

In this perspective, to raise citizens’ awareness of the use of public transport, this Thursday, September 22, Peru is joining in the celebration of the World Car Free Day.

Before this panorama, Infobae speak with Luis Quispe Candie, president of the NGO Luz Ámbar del Perú, who said that this day should take place every Sunday so that citizens participate more as it happens in other countries. In addition, he indicated a high number of environmental pollution in the country.

“70% of environmental pollution comes from vehicles by polluting gases. On this day, it is a question of promoting that citizens become aware of using public transport instead of private transport. However, in our country There is no integrated transport service. So people buy a car to get around for lack of this service, ”revealed Quispe Candia to this media.

The specialist also pointed out that the initiatives of public institutions will not be favorable if there is no integrated transport. “Due to the absence of this, there are groups, 300,000 taxis, 24,000 transports between combis and customers. The campaign is not having the desired effect,” he said.

In addition, he asked the Urban Transport Authority (ATU) to show the results of the implementation it has carried out, as there is still no firm progress.

“The ATU is over three years old and we have seen nothing of its management. It was created for the integrated transport service to be implemented. Then the pandemic started, but they didn’t have to wait long, those in charge continued to work. So, where are the results (…) There is only the Metropolitan, the Train and the complementary corridors. (The latter) should have 5,000 buses and it has less than 800. Until there is an integrated service, what’s the point of campaigning for a car-free day,” he urged. 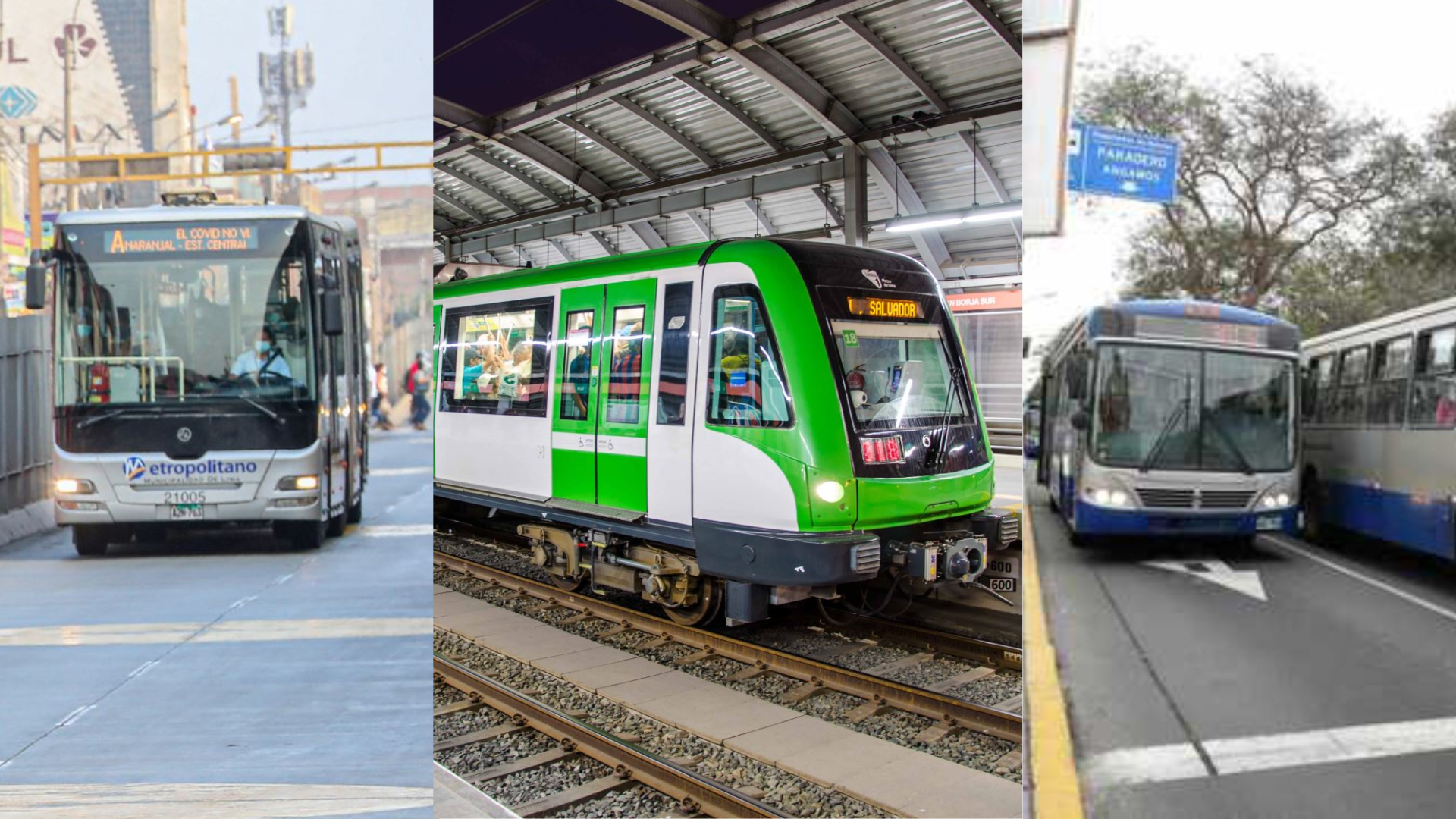 According to the study carried out by the private firm IQ Air, Peru is ranked the 26th most polluted country in the world, while San Juan de Lurigancho is the most affected district. However, the latest real-time scopes, the 10 most polluted cities in Peru so far, are in Lima and Madre de Dios. 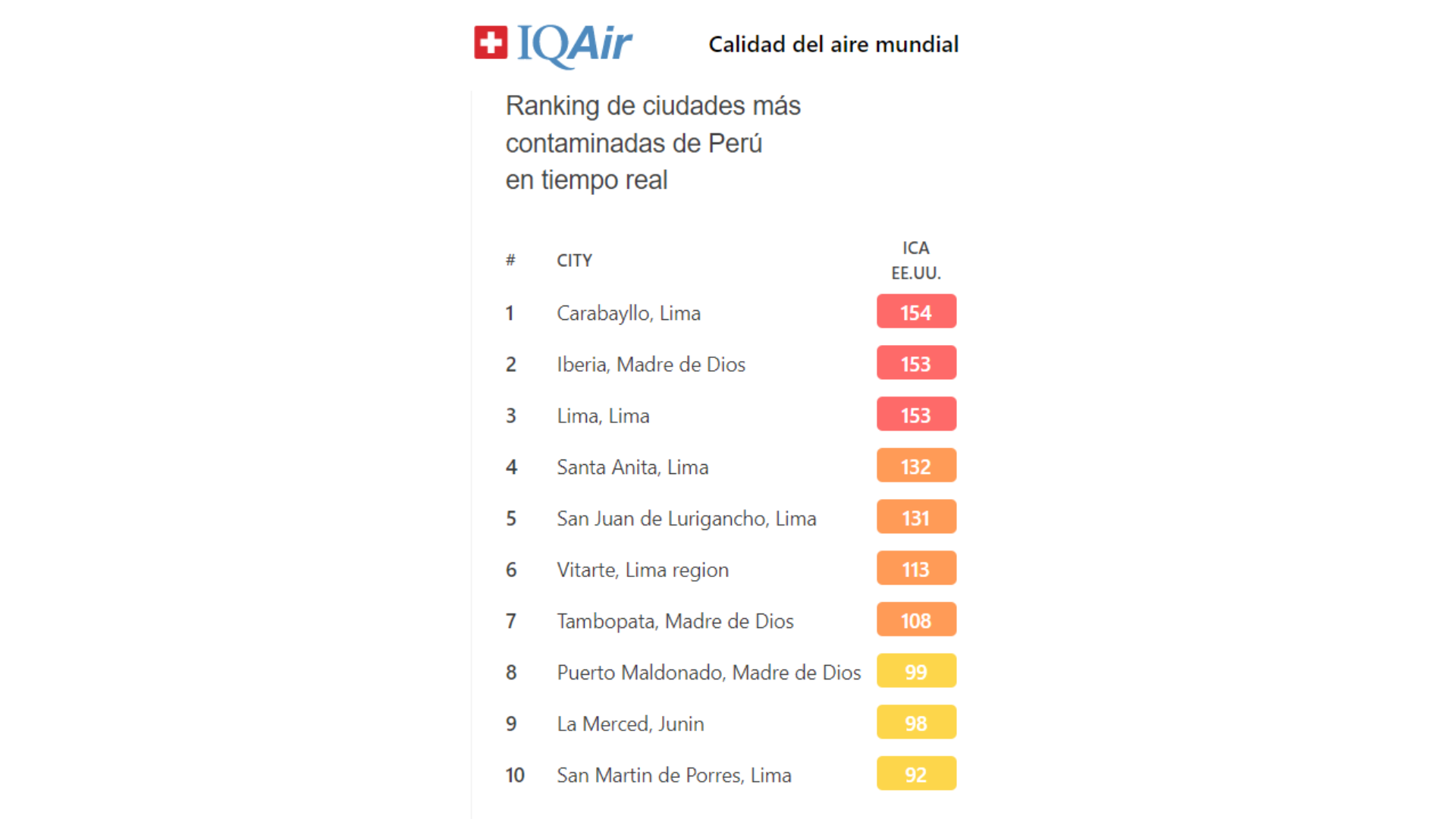 The most polluted cities in Peru Photo: IQAir

Likewise, in a survey by Cabify of more than 3,500 users of its multimobility app globally, it is clear that this problem has continued its growing pace in cities. Respondents who regularly use a private car (44%) rate the volume of traffic in the cities between very high and quite high, particularly in Spain, Chile and Ecuador, while, in Peru, 67.6% of citizens say there is a lot of traffic.

According to National Superintendence of Public Records (Sunarp), the marketing of this transport reached 252 units in August 2022. Given the Government’s initiative to present a bill promoting the entry of electrified vehicles in Peru, mentioned that it is a good way to prevent environmental pollution.

“It is a solution to avoid contamination of the environment, other countries have done it a long time ago. The problem in our country is that they are very expensive (cars). In any event, we must incentivize by cutting taxes, because we are centuries away“, he says.

The Municipality of Lima organized various activities from 10:00 a.m. to 4:00 p.m. in the Alameda on July 28. It will start with a parade and a flash mob to the rhythm of the psychedelic Peruvian cumbia, which will promote lasting displacement.

After this activity, workshops for children from 3 years and adults, who will learn to ride a bike and can develop their skills. They will be guided by specialists in Metropolitan School of Urban Cycling Lime. In addition, a bike fair hosted by entrepreneurs will be set up on site, which will have accessories, clothing and all the products necessary for a cyclist.

Also, there will be the Peru School Patina who will give free lessons for people who want to skate. For its part, the National Police will carry out a show to raise awareness of traffic rules. 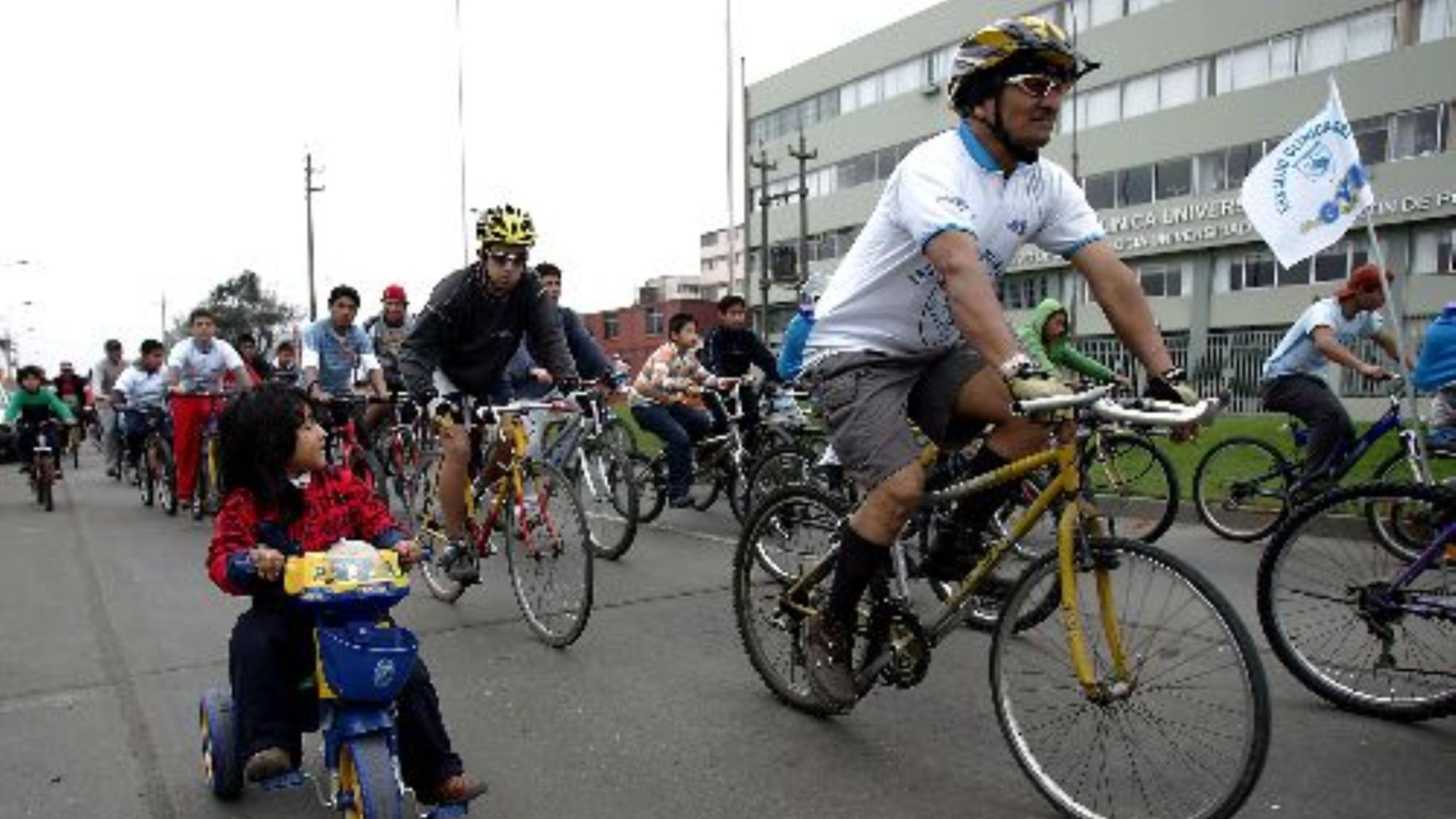 Sustainable Mobility Week: the City promotes the use of bicycles, walking and public transport
World Bike Day: how much does Peru need to have adequate and safe spaces for fans of this means of transport?
The places with the worst air quality in Lima are the Pérez Araníbar Puericultorio and the Breña Children’s Hospital