José Carlos Márquez, a Bolivian engineer who, almost five years ago, gave life to Quantum Motors, a firm that develops small, low-cost electric vehicles, He does not hide the challenges his company is going through, which is essentially in competition with an entire electromobility industry.

Quantum, he says, “is still going through the valley of death for entrepreneurs. People love us in Bolivia with their hearts, but not with their pockets. There is still an innovation curve to cross, but the people who try us recommend us”.

To get an idea, Quantum manufactures small vehicles, usually with a capacity of three people, which have a range of 100 kilometers and develop speeds of up to 55 kilometers per hour.

In the case of his operation in Bolivia, he says that since the fuel is subsidized by the state, it has been difficult for consumers to take the plunge to switch from traditional vehicles.

This is why the development, which ppromises to be an alternative to more expensive vehicles – since its average value is around US$7,500 – it has gone in search of new markets. They first landed in El Salvador, but their models are already marketed in four countries.

The last announcement made by the firm was its agreement with the firm Power Industrial to enter Mexico, whose alliance, says Márquez, “makes us stronger”.

“We are in the process of setting up the assembly plant – we already have units available for testing – but we have a big project because Mexico has a tradition of car manufacturing and there is everything we need. over there,” adds the company’s general manager.

He says that the model allows them to make small investments – a million dollars in this case – because their partner already has facilities and a lot of machinery, “which makes it easier for us to enter the country”.

Before embarking on this bet, Márquez had developed various mining solutions such as small cargo trucks. Then it developed motorcycles and electric bicycles, with which it entered markets like El Salvador more than a year ago. Thus, it has expanded into everything related to electromobility, entering the automotive segment a few years ago.

To date, Quantum has sold more than 300 units of its electric cars in Bolivia, in El Salvador it has sold another 20 in the four months it is there with this product, while in Paraguay -where it is from add a month there are eight vehicles and more than 200 motorbikes. Finally, in Peru, which only takes a few weeks, it already has four units sold and 500 motorcycles.

“Each year we make more than 250 cars, but the demand is still low. Our annual capacity is 1,200 units”, explained Marquez. They hope that as demand grows in these new countries — the ones Márquez says he chose for strategic reasons — they can reach capacity.

“Paraguay because it is a full member of Mercosur, so it helps us reach Brazil, Argentina and Uruguay with zero tariffs. In addition, from Peru we want to reach Chile, Ecuador and Colombia, through the Pacific Alliance. While we want El Salvador as a hub for Central America, and Mexico for the rest of the countries”explains the route you hope your business will take.

Brazil is the market that has presented the most difficulties, because it is “protectionist” and complicates the barriers to entry, so the fastest way is through Paraguay.

Developing in Mexico would also allow them to facilitate logistics, since some parts used in vehicles come from abroad. Given the development of this automotive industry in this North American country, that would make things easier.

“By 2023, we plan to target Mexico a lot and set foot in other countries from there,” He says. 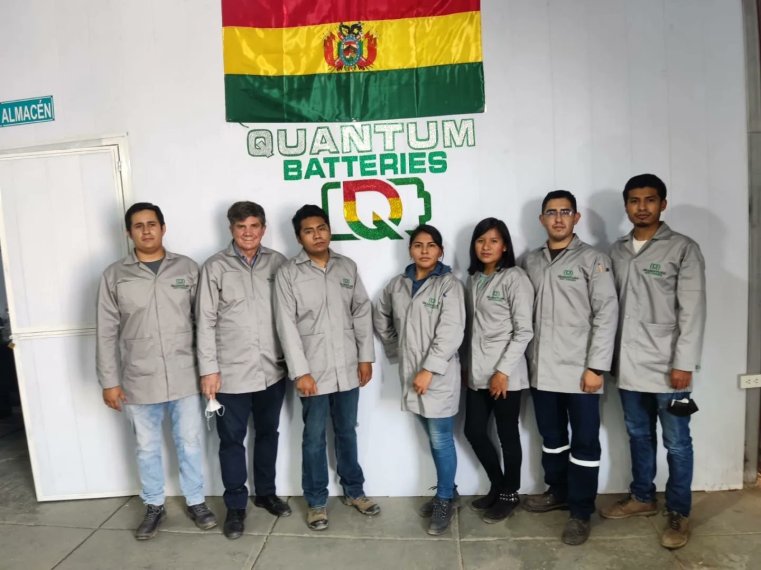 Quantum Motors could benefit from being in the so-called lithium triangle, made up of Chile, Argentina and Bolivia, where the production of this mineral is expected to grow strongly in the years to come. Your bet is to give added value.

Márquez says Quantum Motors uses the mineral in its batteries, as they have a battery factory through imported cells and others supplied by the state-owned Yacimientos de Litio Boliviano. “We are waiting to see what happens in the country with lithium to increase the number of national cells,” he said.

When the highland country concludes the bidding process for a company to produce the ore, the capacity of lithium batteries could be increased, which would also extend the range of automobiles. they market, to serve as taxis, or even to develop larger models, thinking they can transport groups of five people.