According to information from the Automobile Association of Peru (AAP), until last year in Peru there were some 78,000 mechanical workshops for a fleet of 2.9 million vehicles. In Lima alone, there were 38,000 workshops, with one or two mechanics specialized in thermal vehicles, but without experience of electrified models, whether hybrid or 100% electric. In other words, it is obvious that there is an outstanding problem.

READ ALSO: Artificial exhaust pipe: makes an electric car roar as if it were a “muscle car” | VIDEO

For Rodrigo Salcedo, head of electromobility at EMASA – a leading company in the automotive parts, industrial and automotive equipment market in Peru, Chile and Colombia – it’s a race against time and a possibility. “There is a great opportunity, especially in Latin America, to learn before this technology becomes mainstream”he said from Chile, in dialogue with Trade. And it is that electromobility also opens up possibilities for developing new capacities, but which are currently on hold.

Rodrigo Salcedo, head of electromobility at EMASA, explains to El Comercio the technical differences between an electric car and a combustion car, and the effects they have on the work of technicians in a workshop. (Video: Daniel Bedoya Ramos)

“If in a country I don’t have technicians who can diagnose, repair, maintain, I don’t have trained rescue teams, I don’t have education centers that teach and practice that, it’s very difficult for a manufacturer to say ‘You know what, I’m going to send all my electric models'”said Salcedo.

And there are many aspects behind an electric car. But what is certain is that the world is moving towards a change in the mode of transport and Peru risks being left behind.

The first thing to understand is the difference between an electric car and a combustion car, and it starts with the number and quality of parts and parts that make the vehicle work.

READ ALSO: How are electric cars and how much do the 10 most popular models in China cost?

“We’re talking about a combustion vehicle that has about 2,000 parts and moving parts that require maintenance (spark plugs, engine gaskets, internal connections, filters), compared to an electric vehicle that can have about 40 parts and moving parts (be it the engine, the battery and the various ECUs that control the vehicle to function properly)”explained Salcedo, who will be one of the international speakers at the III International Congress of New Automotive Technologies organized by the AAP, from August 23 to 25.

There is also a structural difference. In the case of electric cars, the battery is located in the lower part of the vehicle, and in the case of buses and trucks, it is usually on the roof.

The main components to evaluate in an electric car

Electric vehicles have different parts than combustion cars. They even go through a workshop less often. We asked Salcedo which parts we should take care of the most, and the drums won. “The battery is essential, it is essential because it is the heart of the car and carries a high percentage of the value of the total vehicle. Today it is equivalent to 40% (of the price),” he explained . Behind them are the electronics, control components and motor. 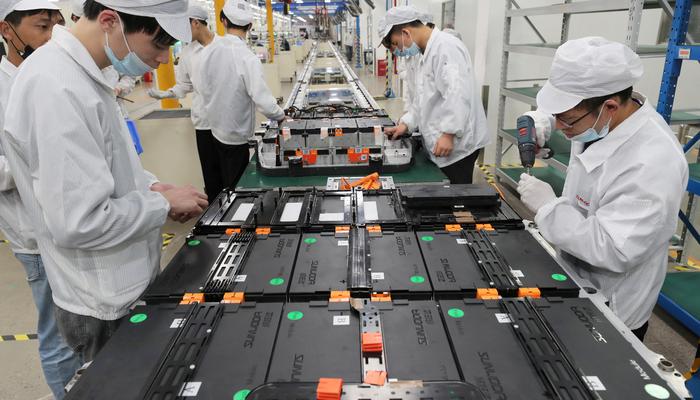 And this contrast between electric and thermal vehicles also produces a difference in work routines. In the case of electricity, the diagnosis carried out by a specialist is done through a computer system, hardware or application. This offers greater accuracy, he explained. And, in this sense, he compared the maintenance of an electric vehicle to a computer where “we change the RAM card or the hard disk”, depending on the type of breakdown.

In other words, “a component is diagnosed as having a fault and the entire part is changed”. But, on the other hand, there are commonalities with a combustion car, such as the use of tires, brakes, suspension, among other details.

There is also a difference in the number of times you need technical support. “In the Tesla, in the first 100,000 miles, it gets 6 or 7 diagnostic checks”said Salcedo. On the other hand, a thermal vehicle every 10,000 or 15,000 requires changing the belt, the oil, the brake pads, among other details. For this reason, an electric car ends up being more cost effective.

READ ALSO: Tesla self-driving system suspected: is it a danger for children?

At the beginning of this note, the number of mechanical workshops in Peru was mentioned, and one of the effects expected with the arrival of electric cars is the change in the economic model of the workshops.

For Luis Quispe Candia, president of Luz Ambar, the change will be gradual since today there are not enough electric vehicles and the workshops serve some 4 million vehicles (including motorcycles) throughout the country, against 3,800 hybrid and electric vehicles. This change would also motivate the training of technicians.

“Typically, this happens with the exercise of the free market. There is demand and then there is also supply. That’s going to happen over time, and it depends on how many vehicles we can start having. If the State gives incentives, it could be in three to five years and the change of energy matrix could already begin. At the moment, there are not enough incentives to buy,” he said in dialogue with this Daily.

READ ALSO: Electric cars: the cheapest models of recognized brands in the world

But, what will this change look like in the workshops? Salcedo explains to us that “they will become more electronic than mechanical and the workshops will also specialize”, a specialization that would be done according to the parts of the car.

“In 10 years, there will be specialists in hardware repair, everything related to power electronics, repair of (electric) motors, diagnosis of the connectivity of all components, telemetry. All this is far from what combustion is. This is very far from the reality of workshops today,” comments the Emasa specialist. Likewise, he also pointed out that there must be a change in the working routines of the workshops, especially in terms of safety, since they operate at high voltage, sufficient to supply a house with energy for three days.

Retrofit, a new life for the thermal car

Among the new technical opportunities with electromobility, Rodrigo Salcedo mentioned Retrofit, which consists of converting an old combustion car into an electric one, as part of the circular economy. It is an experience that we saw at the National University of San Agustín de Arequipa (UNSA), where a Toyota car was converted to 100% electric, as part of the research carried out in said study center. can see the note HERE. 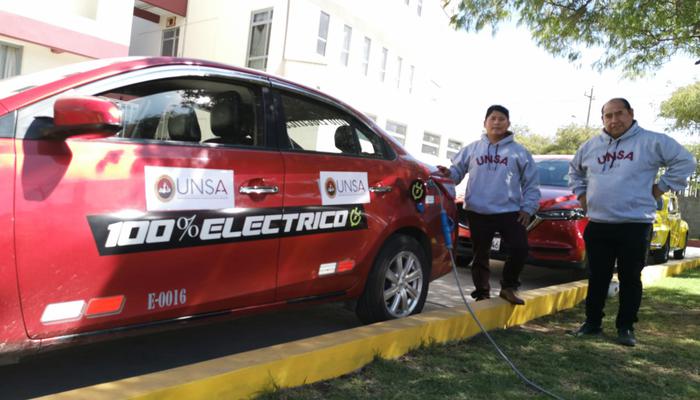 Another important detail is the restriction of certain parts, in the same style as Apple. We know the difficulty of opening and repairing new Tesla batteries. A case that recalls the lack of agreement between manufacturers and the exclusivity of their products. This would affect the knowledge of technicians in the workshops, but for Salcedo this situation “will be unblocked as manufacturers realize that there is adequate training in the countries to deal with this technology”.

READ ALSO: Electric cars: these are the most expensive models in the world so far in 2022

Training in Peru: the technician of the future

Our country is a little behind on the energy transformation of transport. Just this 2022, in his July 28 message, President Pedro Castillo announced tax incentives for the purchase of electric vehicles. On the other hand, already in 2018 an opportunity arose, under the government of Martín Vizcarra, to train technicians. The Ministry of Production announced a training program for Mypes around the assembly of electric vehicles, and that it should have started in 2019, as reported by the Andina agency at the time. We consulted the said ministerial portfolio and they replied that “no training related to electromobility has been carried out”.

But on the other side are the educational institutions. “I know that UNI and SENATI have already started training people in electromobility, but it’s still very nascent, as is the start of the installation of electric buses and electric vehicles, in general,” said Quispe Candia, and also felt that “there is not yet a market or sufficient training offer”.

READ ALSO: Electromobility in Peru: Why are electric cars so expensive?

“First, the training center must purchase equipment and technology to train technicians. There is already an investment there. Secondly, that the educational or thematic programs must be validated by a Ministry of Education, and there is also a time there. And with that, you also have to wait for a student to enter and exit as a technician. If we are not so pessimistic, I predict that in four or five years we could have technicians making the comparison with the world of combustion”, commented the specialist, about the formation of what he calls the technician of the future.

But there is still time. It only depends on the authorities to create the conditions so that technicians are ready to serve an industry that is already beginning to develop in the world.