Quantum electric cars will be commercialized in Mexico in 2023. (Photo: Twitter/@LosTiemposBol)

On August 5, Chancellor Marcelo Ebrard Casaubón announced a new project derived from commercial relations between Bolivia and Mexico. The making of a electric vehicle of Bolivian origin, which will begin to be manufactured in Mexico by 2023.

Ebrard posted the news via his official Twitter and Instagram accounts, along with a short video clip where he is seen driving a Quantum model E3 in the streets of La Paz, Bolivia. The minors in the car were detailed by the Mexican Minister of Foreign Affairs, who highlighted certain aspects such as the suspension and interior space. As for its design, it has highlighted its colorful pattern on the sides with Mexican and Bolivian allusions; this contrast on two shades of white and a black ceiling. He also revealed that in addition to the car, the project includes the manufacture of lithium batteries based on the Bolivian experience.

The message was as follows: “Bolivian Quantum vehicle, electric. Available in 2023 in Mexico thanks to Quantum Alliance and the Mexican company Industrial Power. It will be the cheapest electric vehicle in our country. Congratulations!!”, Ebrard announced via his official Twitter account.

The company industries Quantum Motors started in 2019 with the manufacture of electric cars. Today, it already operates in Peru, Paraguay, El Salvador and soon in Mexico. But its beginnings really date back to 2016, when they were solely dedicated to making mini electric dump trucks; which were used to transport equipment in the mining industry, in 2017 the first car prototypes were born and it was between 2018 and 2019 that two Bolivian businessmen met to move the firm forward.

He is in 2020 than Quantum and Plastifortea Bolivian industry with more than 30 years of experience, has joined forces to develop the electromobility market in America.

The electric vehicle Quantum in general has a capacity of 3 people and walk to 50 kilometerss on a single battery charge, however, cannot be used outside the city or for long journeys. The time needed to recharge it, considering that it goes from 0 to 100%, is around 6 hours and can be plugged into a simple wall outlet. At the moment, no details have been given on the costs in Mexico, but its current price in Bolivia, where it is manufactured, is around 6,200 USD.

An important fact is that the Bolivian company offers its customers the possibility of selecting the battery according to their needs. 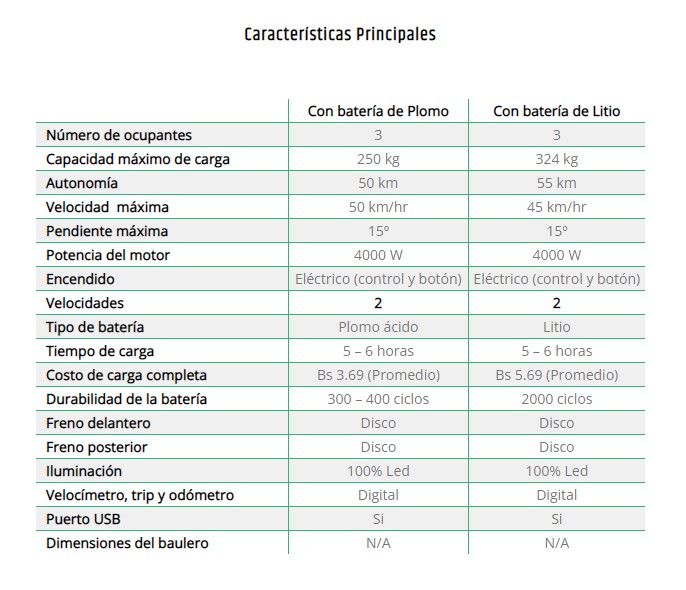 Characteristics of Quantum electric vehicles and what they offer to users. (Photo: quantum screenshot)

The warranty (at least in Bolivia) is 2 years, as well as the maintenance service is offered free of charge by the company. When acquiring one of these cars, Quantum issues the customer the national production certificate, the invoice, the warranty certificate and the vehicle delivery certificate. 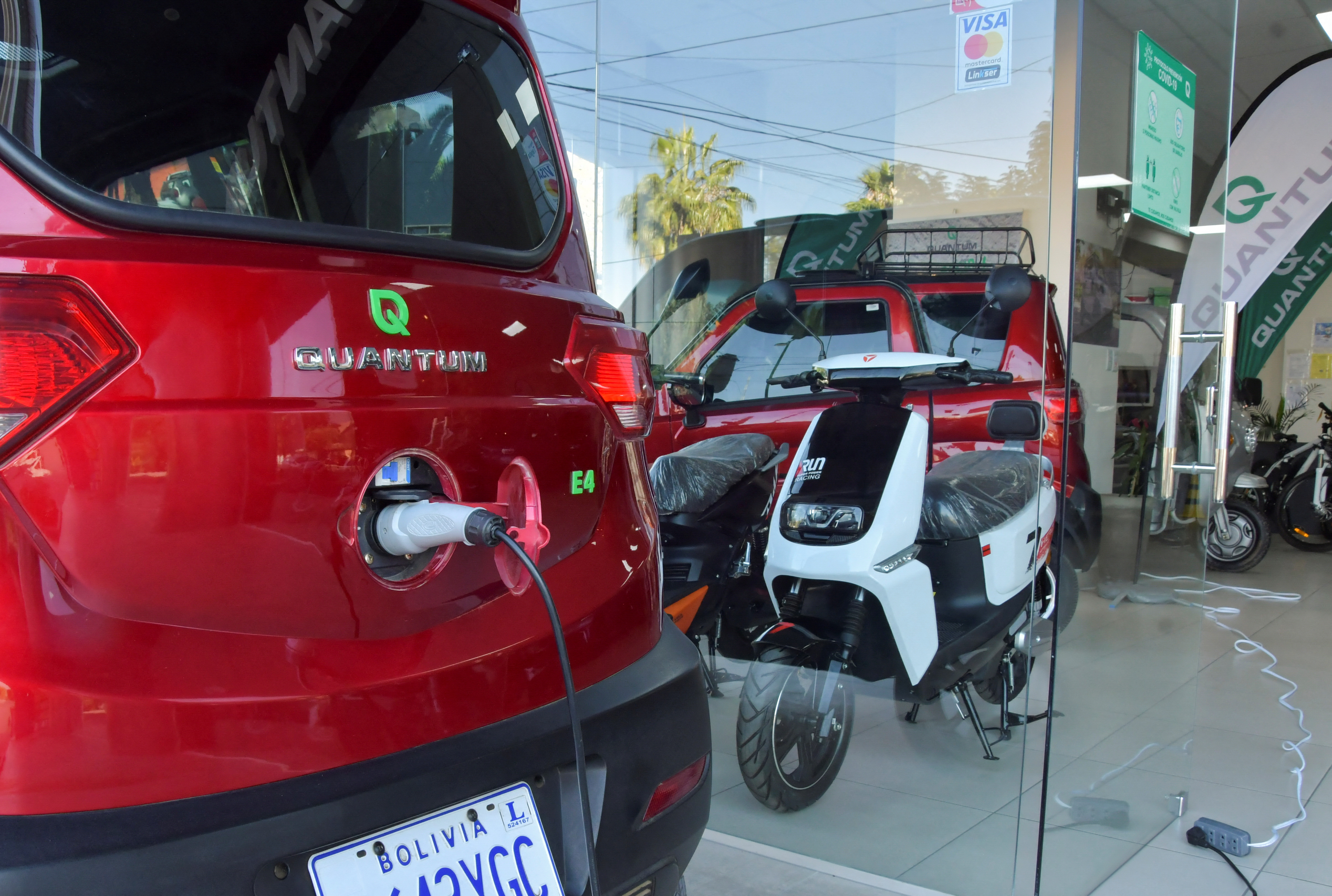 An electric car built by Bolivian startup Quantum is seen plugged into a power outlet, at the Quantum showroom, in Cochabamba, Bolivia July 22, 2022. July 22, 2022. REUTERS/Patricia Pinto

Among the products offered by the brand, it is also possible to find passenger tricycles, cargo tricycles, bicycles, motorcycles, scooters and scooters; the extensive catalog can be found on its website.

It is to highlight that the company Industrias Quantum Motors, is the first Bolivian company entirely dedicated to the manufacture of electric carsIt is also the first in South America to produce and market urban vehicles 100% electric.

In Mexico there is Zacua, the country’s first electric car brandits headquarters are in Puebla and began operations in 2018 with two models, the MX2 Yes MX3. According to the description of this Mexican vehicle, there is no payment for ownership, verification of the vehicle and it is possible to save thousands of pesos in gas per year.

Zacua automobiles reach a autonomy of 160 kilometers, perfect for riding in the city, on short trips and with traffic, since its maximum speed is only 85 kilometers per hour. Its selling price is MXN$599,900. Between the two models there are differences that are in the technical and commercial characteristics, a Zacua MX2 differs from an MX3 only in design and the volume of your trunk.

For example, an MX2 is a coupé with an aesthetic leaning towards aerodynamics, on the contrary, the MX3 has a more classic style.

As for the recharge time, it requires about eight hours, with 3,000 cycle life (0-100% charges), about 8 years life (if charged from minimum to full every day).

It has an electric motor, a navigation screen to monitor the state of the car and Bluetooth, to connect your telephone, its windows are electronic, tinted, it has fog lamps, air conditioning and hands free.

The speed control system is fully digitalIn a nutshell, you just need to put in your fingerprint or passcode and the car is ready to roll. On the other hand, and unlike other brands, the almost universal charger allows you to charge it at almost any electrical terminal.

Perhaps one of the biggest advantages offered by Zacua, so far, is that it does not fit into the program Today does not circulate implemented in Mexico City, which means that is in daily circulation. The Mexican company, before the announcement of the announcement by the Mexican Minister of Foreign Affairs, was already in competition with foreign brands with the electric versions offered by Nissan, Renault, BMW and Chevrolet.

Marcelo Ebrard has traveled to Bolivia and has already had the scheduled meetings with the current President Luis Arce and with former President Evo Morales, who once again thanked him and Mexico for saving his life in 2019when he resigned from the presidency denouncing that he had been the victim of a “coup d’etat”.

Event occurred amid suspicions of election fraud against him, after being proclaimed winner for a fourth consecutive term. 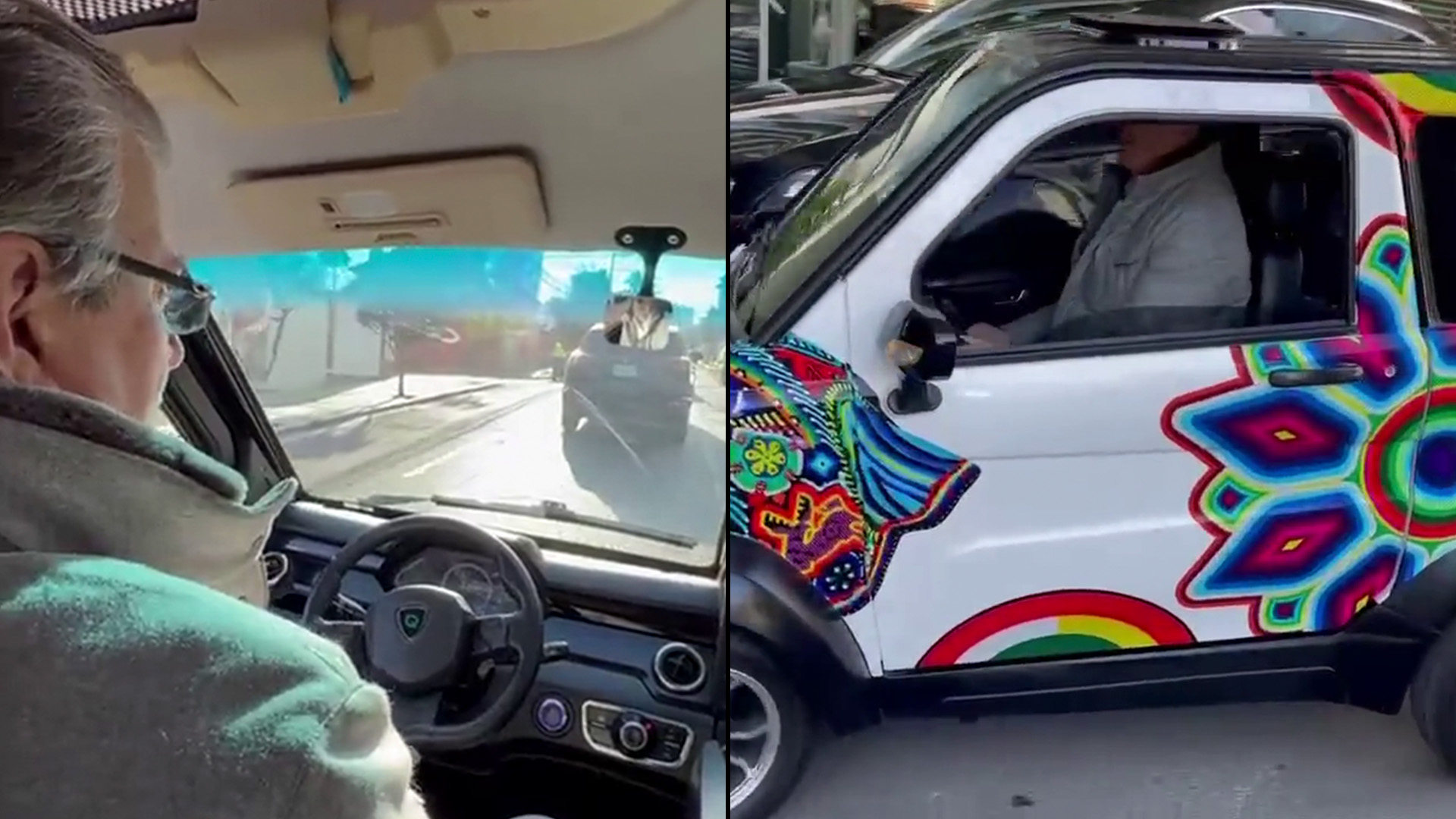 A few days before, on November 20, the Organization of American States (OAS) warned in a report of serious irregularities in the elections, which prompted Morales to leave Bolivia on November 11, after the armed forces forced out of office.

As announced, lithium was one of the main topics discussed during the working tour of the Secretary of Foreign Affairs of Mexico, who also pointed out that The projection between the two companies is, in addition to the manufacture of electric vehicles, to work on “industrial autonomy in batteries“Lithium.