It looks like a car for a Mad Max type movie and that’s how they present it, in a junk car that’s going to be destroyed, but the image has another meaning, and that’s to an idea that replaces current technology

The pandemic has halted some projects, while others have only been delayed for a while. Even today, as the world has returned to some degree of normalcy for over a year, stories continue to emerge from both sides, of those who were able to reach them and of those who fell by the wayside.

The English motorcycle factory Ariel had launched in 2017 a completely innovative development of a performance car with a mode different from the conventional mode, even for handcrafted vehicles like in this case.

They call it Ariel Hypercarand it’s not a spelling mistake that was written with “i” instead of “y”, it’s more of a play on words that gives meaning to the current concept of high-powered automobiles associated from one acronym to another. Hypercar was short for “High performance carbon reduction”. 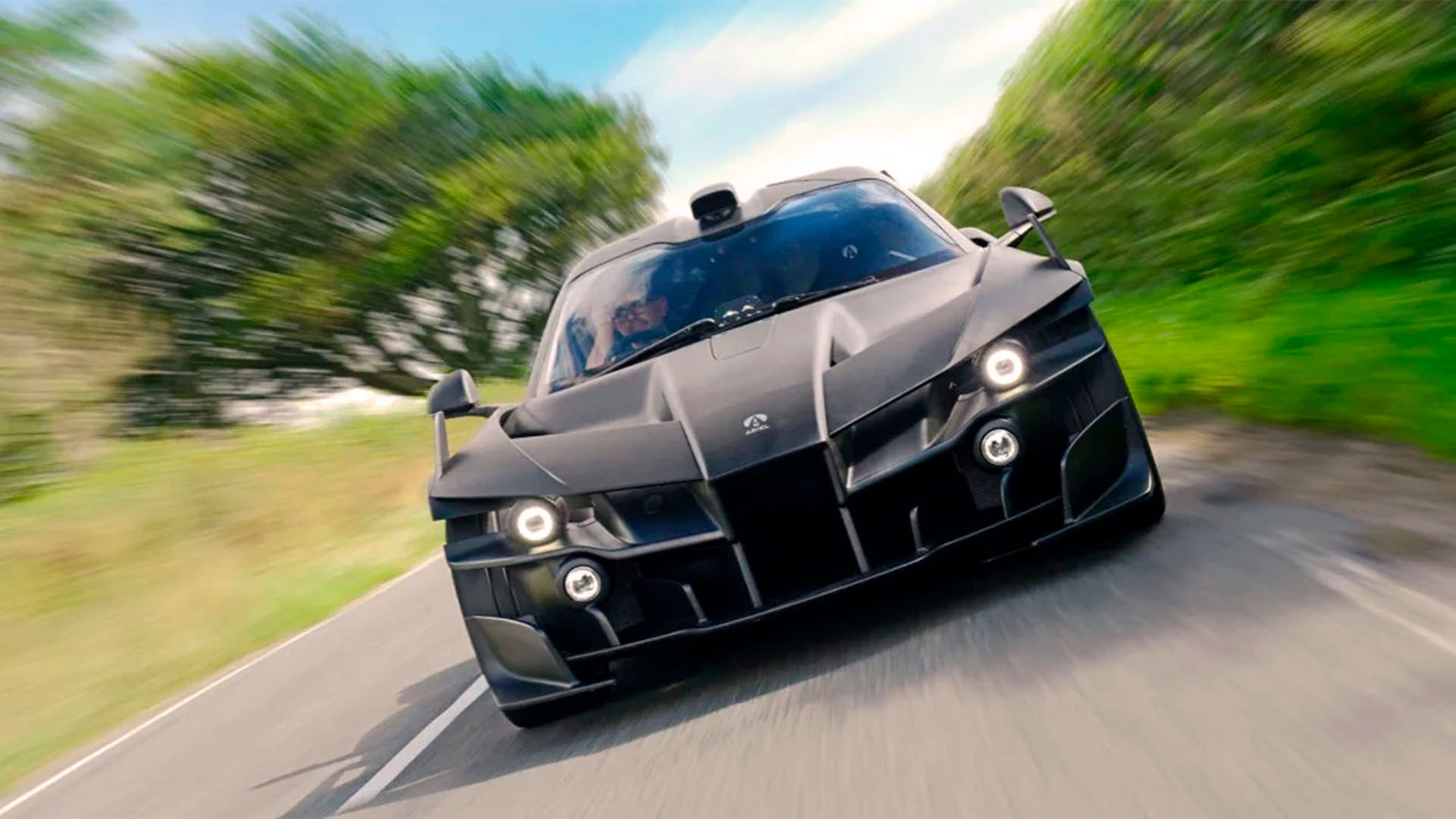 An unusual amount of fenders and air vents show off an unconventional body full of aerodynamic steps. Everyone has an explanation for performance and cooling

It was a hybrid gas-electric powertrain, built around a small turbine that sent electricity to a lithium-ion battery to then power the electric motors in the wheels. These motors were two Equipmake inboard radial APMs installed on the rear axle, one for each wheel. Each engine produces 295hp with 450Nm of torque.which brought the final values ​​to 590 hp and 900 Nm respectively.

The brake on the pandemic has changed the concept so much that it is now presented with a 4 wheel drive version and of course 4 electric motors one per wheel. The power has been multiplied by two then the vehicle in its most advanced version allows to have a nominal power of 1,180 hp and 1,800 Nm of torque.

The manufacturers claim that It has a range of 240 kilometers or about 20 minutes on a closed circuit.but add a range extender consisting of a miniature turbine produced by Cosworth, which produces others 47 additional hp and can run on conventional fuel, racing fuel and even synthetic fuel. 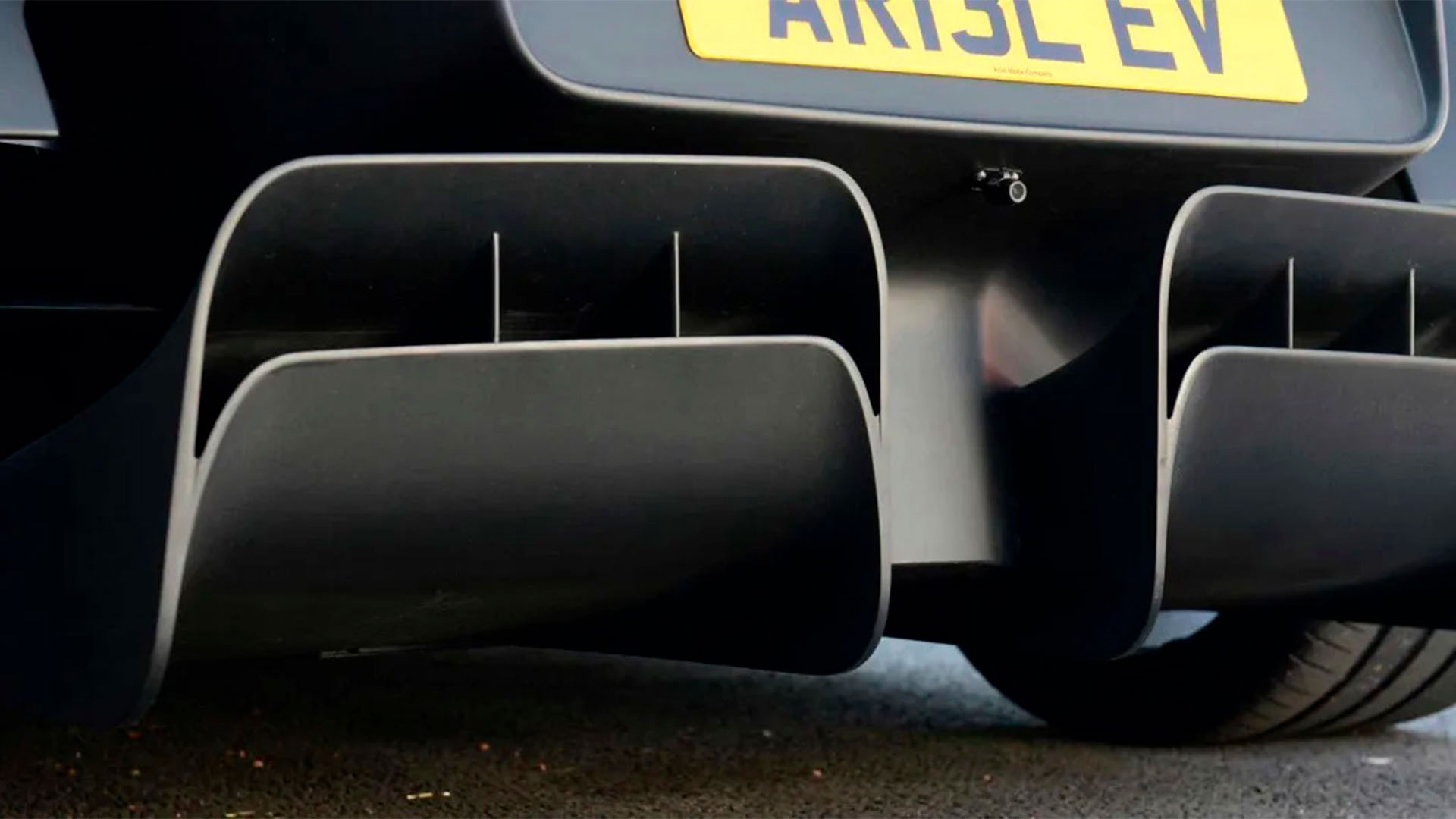 The aerodynamic treatment is complex, but in addition to so many shapes in the upper part, it has four bulky diffusers under the floor

The vehicle is a CNC bent and laser cut aluminum frame, which is joined by aluminum subframes front and rear. It has independent Bilstein suspension. The roll is 265/35/R20 in front and 325/30/R20 in back. Brakes are 14.5-inch discs with AP Racing six-piston calipers up front and 12.9-inch four-piston calipers in the rear. by a switch, the driver decides whether to activate or deactivate regenerative braking.

The shape is somewhat odd and has no sharp curves but rather something complex to understand. It is built with 3D printed panels on this model, although the production car has these elements constructed entirely from carbon fiber. The dual-plane spoiler up front adds more downforce than a conventional spitter, the spoilers above the front fenders send air past the side mirrors, and the roof scoop sends air to the microturbine . Two side fins and a central dorsal fin at the rear give it greater stability at high speeds., in addition to two voluminous floor diffusers. Some of these attachments are similar to McMurtry Speirling seen this year in Goodwood Festival of Speed. 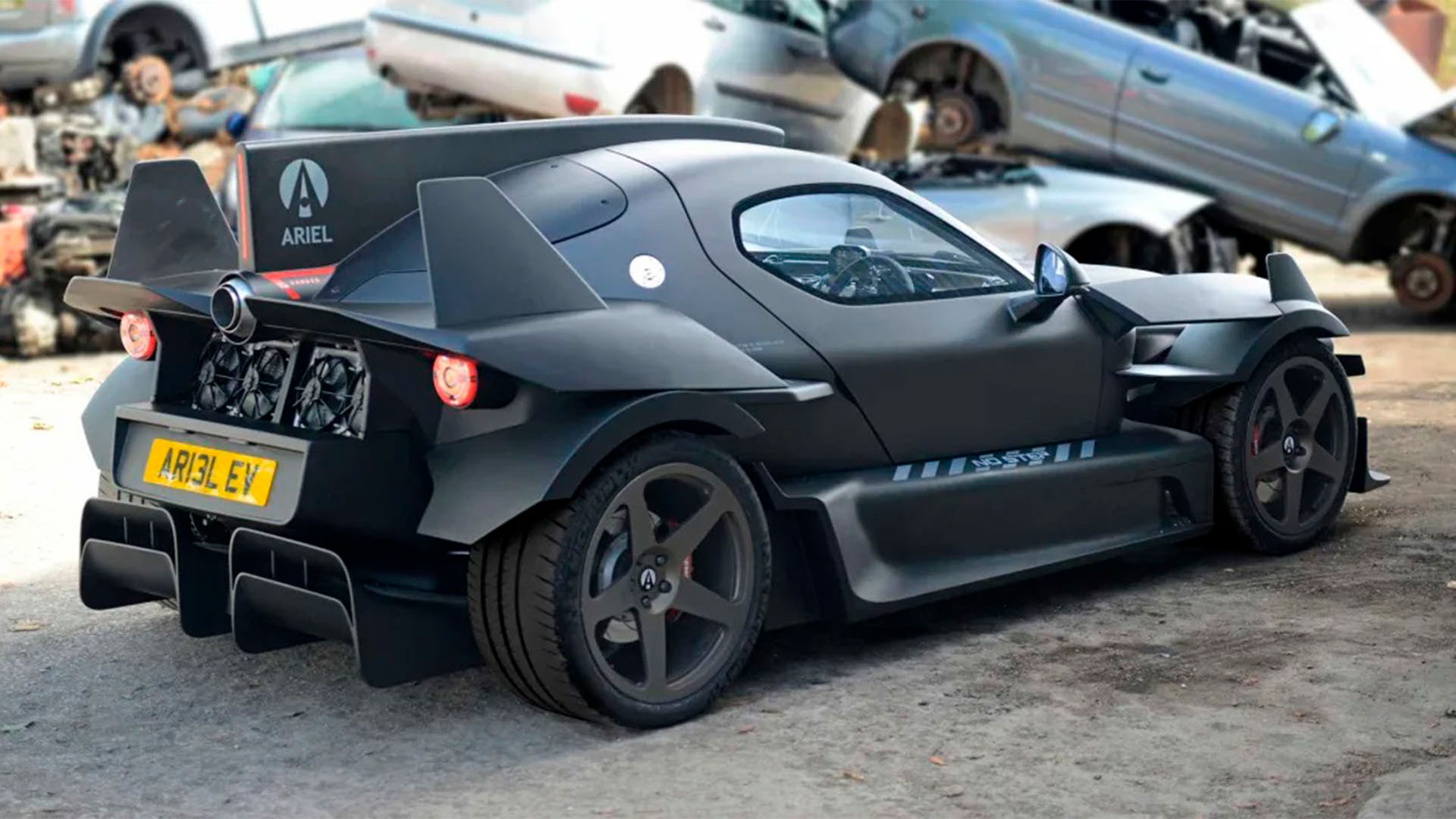 The big question that many are asking is why this particular type of vehicle exists. In fact, much of the funding for the project comes from official UK government fundswhich has allocated a large sum of money to the promotion of development of electric vehiclesthus trying to contribute to the achievement of its objective of net zero carbon emissions by 2050.

and although the Ariel, like the McMurtry will not be vehicles for the streets but rather to break speed records, It is considered as an extreme in the possible developments with this technology. The tests and results obtained from this type of project are just examples of the scope that, in different ways, investing in experiments can have, even if they seem distant or crazy.

How is the supermoto that represents a Lamborghini Huracán on 2 wheels
Renault Argentina president: “The state is important to start electric cars, but then they have to fly on their own”
The application of artificial intelligence with a different perspective in the cars of the future